The Health Benefits of Swedish Bitters

What is Swedish Bitters?

Swedish Bitters is a tonic used in traditional western herbal medicine to aid the digestive system and relieve digestive problems. It is a multi-purpose treatment that can be ingested or used externally to treat wounds and abrasions. 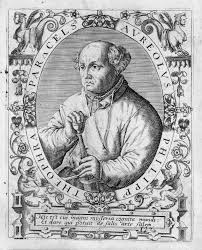 Swedish Bitters has a long and deep history that spans hundreds of years. Paracelsus, father of modern medicine, created Swedish and used it in the 16th Century, but the recipe disappeared a few years after his death.

Centuries later, the recipe was found among the writings of the well-known Swedish physician and rector of medicine, Dr Claus Samst, who died at 104. All members of his family had reached an unusually old age.

Austrian herbalist Maria Treben rediscovered Swedish Bitters and relates her case history in her own words:

“It sounds like a fairy story, but it is true. As a refugee in a camp in Czechoslovakia, I became very ill with typhoid fever, caused by contaminated meat and through it, came jaundice and an obstruction in the intestines. I spent more than six months in hospital. At night I was hit by terrible pain that shot through my body like a sword. I could neither sit nor stand, walk nor lie down; at the same time I vomited and had diarrhoea. I was a helpless bundle of misery.

“One day a woman brought me a small bottle containing dark brown, strong smelling liquid. She had heard of my illness and wanted to help. The Swedish Bitters had relieved her of a serious complaints. Accompanying it was a transcript of an ‘old manuscript’ in which was explained, in 46 points, how these drops heal. The recipe came from the writings of a well-known Swedish physician. These drops, according to point 43, ‘heal plague, boil and swellings, even if already in the throat’.

“I put the bottle in the medicine chest. I did not believe that these drops could give me back my health, since the doctor could not even help me. Soon I changed my mind. I had another attack. As I had been told that these Swedish drops could be used externally as well, I applied them as a compress on the abdomen. A wonderful warm feeling spread through my body, suddenly it felt as if everything morbid in my body was pulled out. I assure you, that with this single compress, which I had on all day, all complaints of the preceding months disappeared, never to return.”

Drawing from many more successes with Swedish Bitters, not only in her own family but also helping others, Maria wanted to pass on the Swedish Bitters formula. Maria wrote the German herbal ‘Gesundheit aus der Apotheke Gottes’, making public the original, long-lost recipe of Swedish Bitters containing 11 herbs. Maria’s publication soon resulted in many cures.

How to make Swedish Bitters

If you want to find out how to make Swedish Bitters, the recipe can be found in my book titled Herbs and Health with Hilde Hemmes.

Swedish Bitters compresses are often used to provide soothing relief from a wide range of complaints. To prepare a Swedish Bitters’ compress:

Get a better understanding of the powerful effect of herbal medicine and visit our Course Outline here. Choose from a variety of Lesson Packages and join us today!