Why Is Grape Seed The Best Antioxidant? 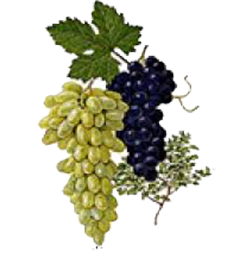 Grapes (Vitis vinifera) have been heralded for their medicinal and nutritional value for thousands of years. Egyptians ate grapes, and several ancient Greek philosophers praised the healing power of grapes, usually in the form of wine. European folk healers made an ointment from the sap of grapevines to treat skin and eye diseases. But grapes, or the chemicals within them, especially oligomeric proanthocyanidin complexes (OPCs), have been touted as powerful antioxidants.

Over recent years, there has been a great deal of research pointing to therapeutic properties of grape seed extract.

Although we need oxygen to survive, unfortunately, the abundance of toxins in our lives, cause our bodies to create oxygen molecules called “free radicals” which interfere with normal cell growth and can play havoc on healthy cells. Left unchecked, the cellular changes may contribute to different forms of cancer, arthritis, strokes, cataracts, heart disease and many disorders commonly called degenerative diseases.

resulting in damaged organs, vision loss and many other health problems associated with modern living and the ageing process. Free radicals are believed to attack, damage or alter human DNA, causing cells to die, mutate and possibly become cancerous. These rogue substances also alter blood fats, which may lead to heart and blood vessel disease. Leading authorities have identified grape seed to be the most powerful of all antioxidants and it is thought to be 20 times more powerful than vitamin C and 50 times more powerful than vitamin E. This makes grape seed one of the most potent antioxidants known.

Antioxidants can prevent the formation of free radicals.

Major antioxidants include vitamin C and E, carotenoids such as beta-carotene and lycopene, selenium, zinc, manganese, and coenzyme glutathione, an amino acid. Anti-oxidant vitamins such as A, C, E, and Beta Carotene are important parts of the cell-protection systems. This is because they neutralize free radicals that can cause cellular damage.

Grapes are native to Asia near the Caspian Sea, but they were brought to North America, Europe and Australia.

Learn more about how to best look after our bodies through our Prevention and Cure Lesson 12 now!