Which Tiny Berry Can Relieve Cystitis & Other UTIs? 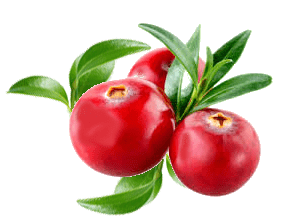 came from German chemists in the 19th century, who discovered that, after eating cranberries, people pass urine that contains a bacteria-fighting chemical known as hippuric acid. About sixty years later, American researchers speculated that urine acidified by a steady intake of cranberries, might prevent UTIs. Women eagerly drank cranberry juice, and several studies endorsed its beneficial effect on the urinary tract.

At Frauenklinik Frauenfeld (a Thuringian Hospital for Women’s Diseases in Germany), medical superintendent Dr J Eberhard made a very interesting discovery. Due to the high content of tannins in cranberry, the juice can not only prevent UTIs, but is also most effective in the treatment of this common complaint. Research at Rutgers University isolated the tannins responsible, and found that they were capable of preventing Escherichia coli (or E. coli) bacteria from attaching to cells in the urinary tract.

Cystitis is a common, recurrent and often chronic health problem.

It is an inflammation of the bladder, usually caused by bacteria, and the term is often used to denote urinary tract infection. For many women, UTIs are all too familiar and symptoms include:

The answer was always a trip to the doctor for another round of antibiotics, but research shows that drinking 100 mL of cranberry juice, three times daily, effectively treats UTIs, or, just once daily, as a preventive measure.

Cranberry is known to

Like most berries, cranberries are an excellent source of vitamin C,

have a high mineral content and natural colouring, making them remedial as well as nourishing.

E. coli, the primary bacteria responsible for most UTIs, produces adhesins, which are substances that help the bacteria stick to the epithelial cells that line the urinary tract. Once they stick, they multiply and overwhelm the affected tissue. It is estimated that the amount of tannins in 10 oz (approximately 300 mL) of cranberry juice, consumed on a daily basis, would prevent E. coli from attaching to the walls of the bladder and kidney, subsequently warding off UTIs and reducing the number and duration of infections. It is estimated that about 80% of infections are caused by E. coli, which normally lives in the gut.

Cranberry extract in capsule form, is an alternative and has the same healing effect.

Learn more about other herbs, fruits and vegetables that can be used as herbal treatment for the urinary system in ASOHM’s Urinary System & Skin Lesson 4. Enrol today!