Herbal medicine is the oldest and most widespread medicine developed by humanity.

Although herbalism is regarded in Australia as an alternative medical practice, did you know that 85 per cent of the world’s population regard it as mainstream?

That’s hardly surprising when you consider written records on the use of plant remedies date back 5000 years and it is certain that earlier people were aware of the effects of plants upon their well being.

While recognition of plants for their nutritional, medicinal or toxic effects was essential for people of an earlier age, in our culture the relationship between the plant world and us is far less intimate.

Our knowledge on the past use of herbal medicine is mainly derived from cultures which had a written language, recorded on clay tablets, carved or painted on stone, papyrus, later as manuscripts and in more recent times as books.

In cultures where only oral transmission of knowledge was practised, their herbal lore is irretrievable lost, as is the case with Australia where most indigenous herbal lore regarding plants in the Eastern States is lost because of white people’s disregard and even contempt of all things native, including the people and their practices. 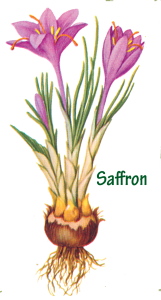 A similar attitude in Europe, but this time from men towards women, has resulted in the loss of a huge body of knowledge on matters gynaecological. Written knowledge was the domain of men, almost exclusively monks, while women were the healers dealing with the practical problems of birthing and other gynaecological matters.

Not only did the monks not record matters they considered unimportant because it related only to women, but church authorities also put to the stake about millions of women, almost all healers, who were condemned as witches.

Today, more than 25 per cent of all prescription drugs are derived from plant remedies, whether directly extracted or chemically synthesised in the laboratory. Some of the better known ones include the analgesics such as aspirin (willow bark), codeine and morphine (opium poppy), the contraception pill (Mexican yam) and anti tumour drugs such as vinblastine and vincristine (Madagascan periwinkle) which is also used in the treatment of leukaemia. 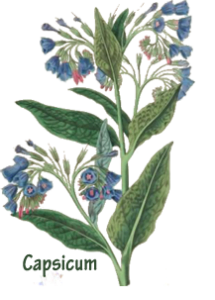 During the 20th Century, scientific and technological advances have been made in all areas of human endeavour, including medicine. The popularity of herbal medicine in the Western world was at its lowest ebb during the middle of this century when orthodox medicine promised great hope for the cure of many illnesses.

In the ensuing years, however, there has been a resurgence of interest in herbal medicine, probably due to disenchantment with the efficiency of some medicines and the side effects of others. Latrogenic diseases (diseases caused by medical practitioners) account for about 10 per cent of today’s medical problems, while some estimates claim 30 per cent of all medical problems suffered by the elderly in nursing homes are due to the adverse side effects of prescribed drugs.